So we’re approaching the end of July and I thought now might be a good time to check in on my 2018 Make Nine goals. You can see my original plans here. 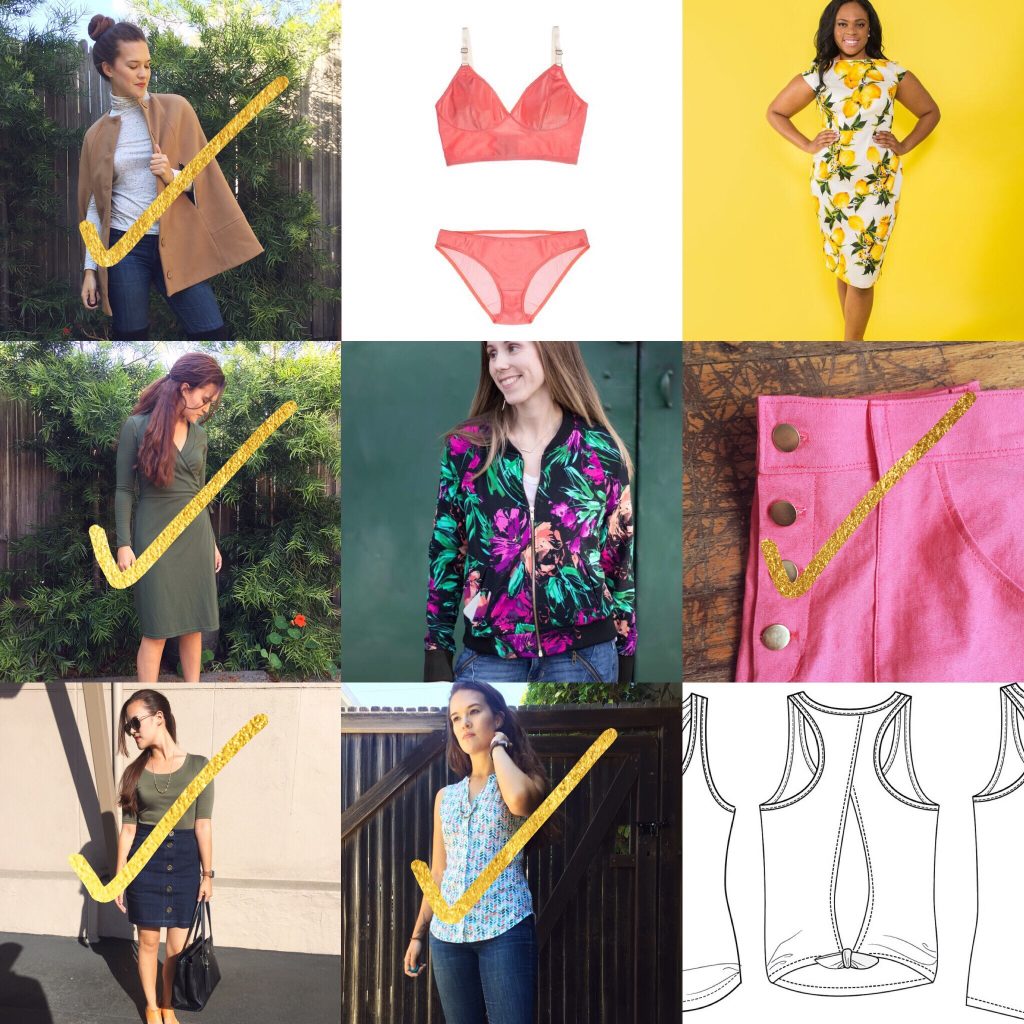 I’m feeling pretty good about my progress so far. I’ve made 5 of my 9, with plans to make 3 more in the next month or so. The only one I haven’t made plans to tackle is the Etta dress. After thinking about it a little more, I might switch it out for a different sheath-type dress. I’m not sure I’ll like the high neckline. 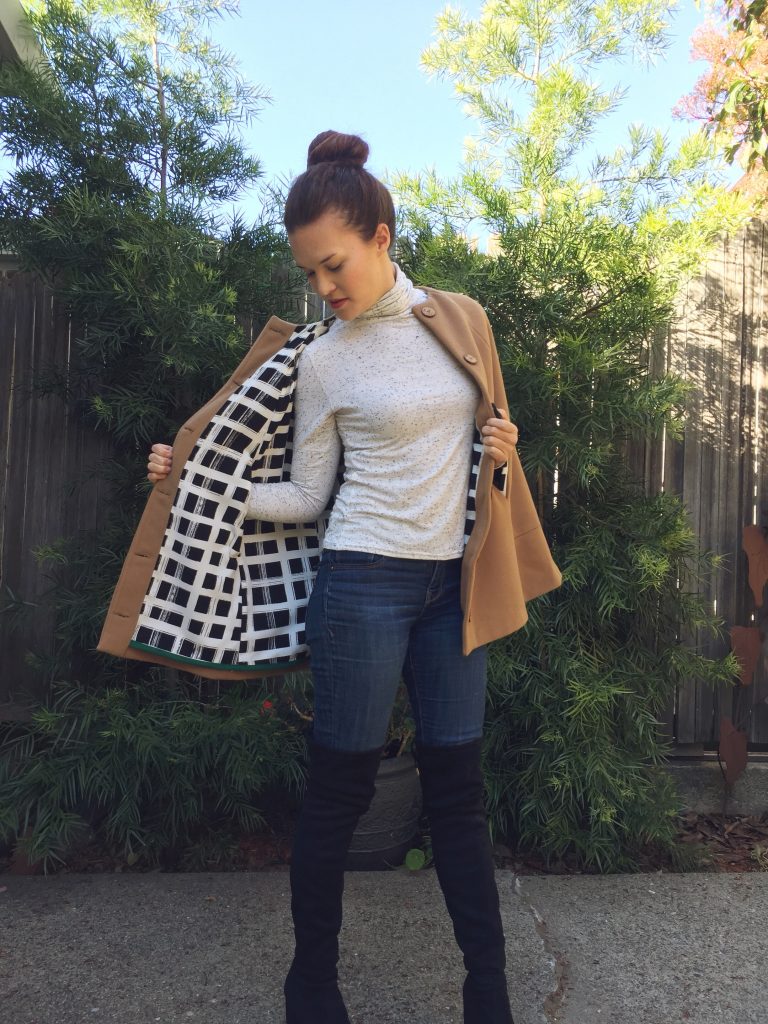 First thing I made this year was the Camden cape, which I made out of the most expensive fabric I’ll maybe ever buy. Even with a gift certificate the price practically made my eyes water, and intimidated the crap out of me. But it also turned out to be the most timeless piece of clothing I own, and I look forward to wearing it for years. You can read more about the whole thing here. 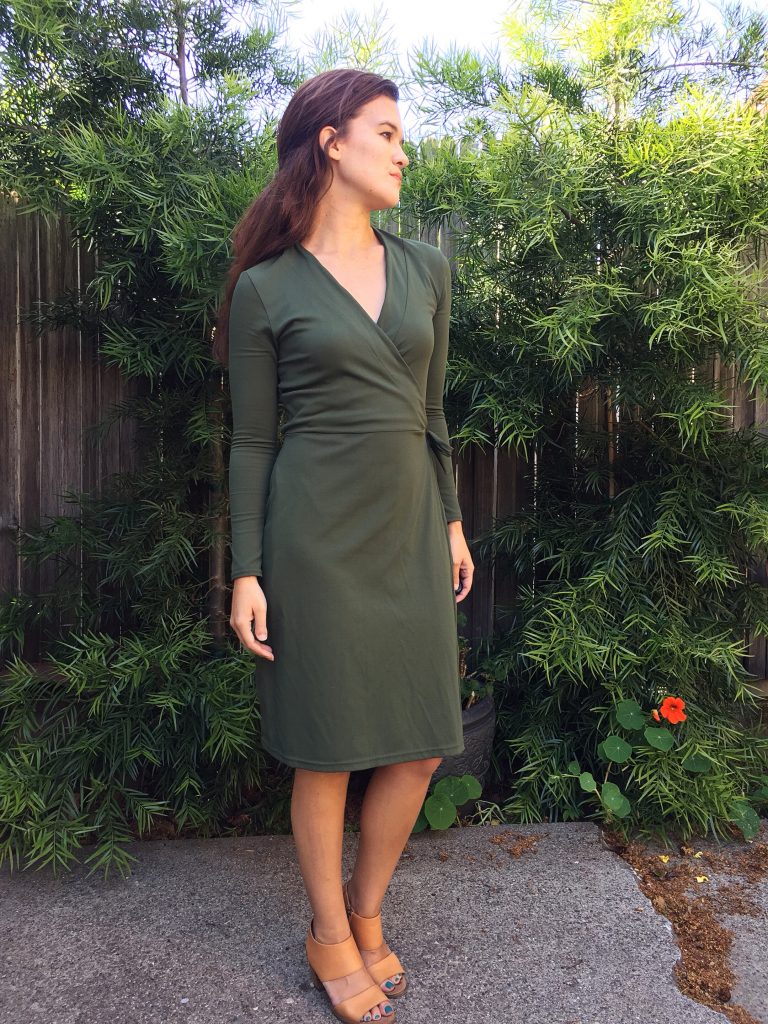 Next I made an Erica dress. Initially I totally hated this, and then after wearing it during Me Made May, ended up loving it. It’s still got some things I’d change for next time, but surprisingly successful. 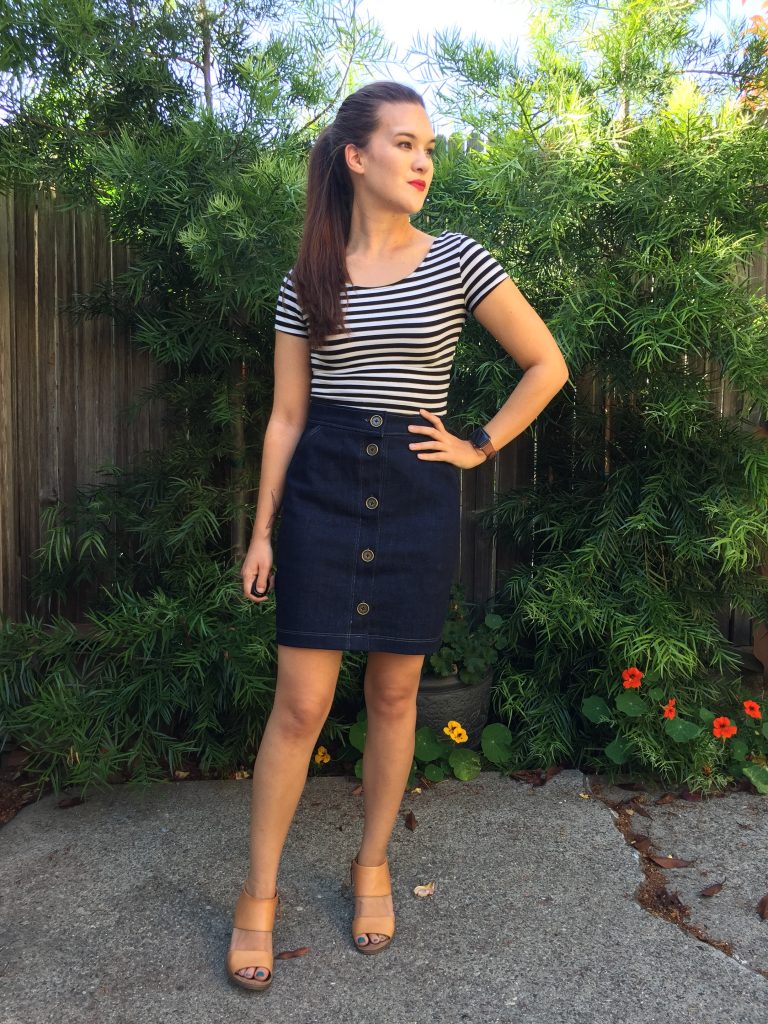 The Erin skirt by Sew Over It, from their City Break ebook has been an awesomely solid staple in my wardrobe. I have another one finished in an emerald and black zebra print twill that I’m particularly excited about. Just need to sew on the buttons. Read about the first one here. 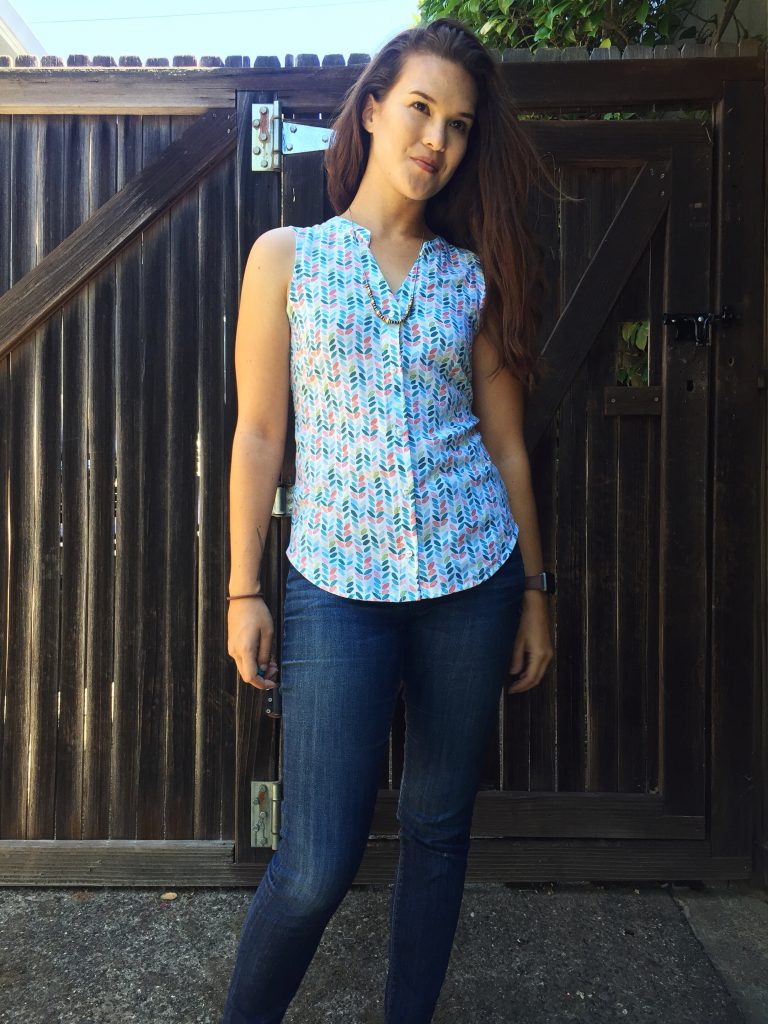 This Bonn Shirt I have mixed feelings about. I love the bodice, but the continuous placket binding on the sleeve gave me so much trouble I scrapped the sleeves all together. Because sometimes life is too short, you know? I’m loving this shirt as is though, and I’m definitely going to give it another go with the sleeves next time. But I might borrow a tower placket from the Granville shirt if I get too sewing-enraged. I’ll probably post about my whole rage-swearing sleeve debacle at some point soon. 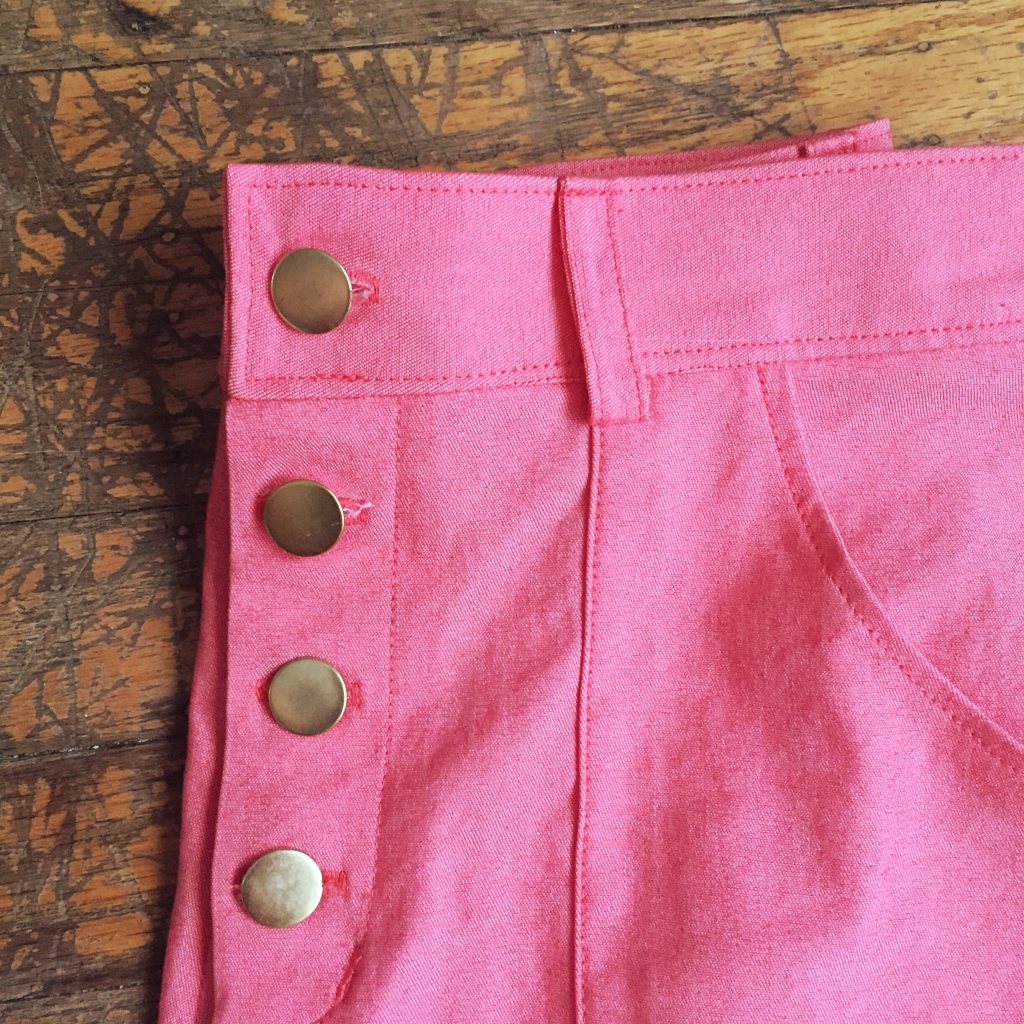 I put off sewing the Landers for almost 6 months. The idea of pants fitting scared me, and I didn’t want to fall down a rabbit hole of fitting adjustments. But basically these fit almost perfectly right out of the packet. I took in about a half inch at the center back seam, and took a dart out of the waistband. Next time I’ll curve it. More on all of this in an upcoming blog post (which will probably include at least 2 more pairs, because #obsessed). And I’ve had fabric for a boot cut version since January that I’m pretty excited about making now.

The remaining pieces are the Midway Bomber Jacket, Tie Back Tank and Watson Bra (plus the Etta dress, which is on hold until I figure out what I want to do there). 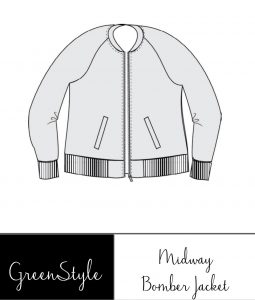 I’ve FINALLY got all the pieces for the Midway Bomber Jacket all ready to go. Though lately, it’s been so warm that I haven’t been particularly excited to sew a jacket. But I know I’ll be pretty stoked about this one once the thought of wearing sleeves no longer makes me break out in a panic sweat. 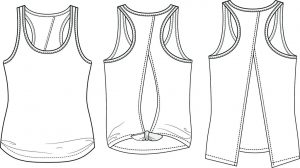 I’m going to start churning out tie-back tanks like a machine here in the next week or so. I want to refashion a couple of the shirts I wear for my just-for-fun job at the ropes course. Wearing cheap cotton t-shirts with very little stretch in 90+ degree weather feels kind of like wearing a barely more breathable garbage bag. So I grabbed some XXL ones that no one wears and am hoping I have enough fabric to hack them into something that doesn’t give me heat stroke. Once I get the cut I like, I’ll probably make a bunch to wear to Dailey Method. 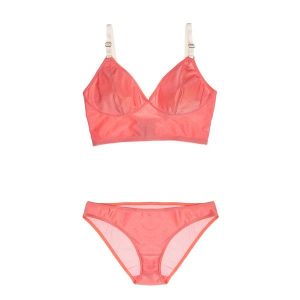 The MOST exciting thing on my list is definitely the Watson Bra. I’ve had a kit from Tailor Made for a couple months now, but haven’t gotten around to it. But I’ve recently made some IRL sewing friends (one who literally recognized me from Instagram in the Joanns button aisle and was wearing the BEST Kalle Shirt). We’ve all wanted to sew the Watson forever but haven’t had the stones to start. So we’re going to do our own little sewalong. And I can’t tell you how excited I am.

I think that about covers it! Overall, I’m really pleased with my progress so far. I’ll update this post and the original one with stuff as I make and post it. How is your 2018 Make Nine coming along?