So, as the title might imply, this Rumi dress was not a resounding success. But it eventually found a happy home and I learned a lot. I even have plans for another. But let me start from the beginning. 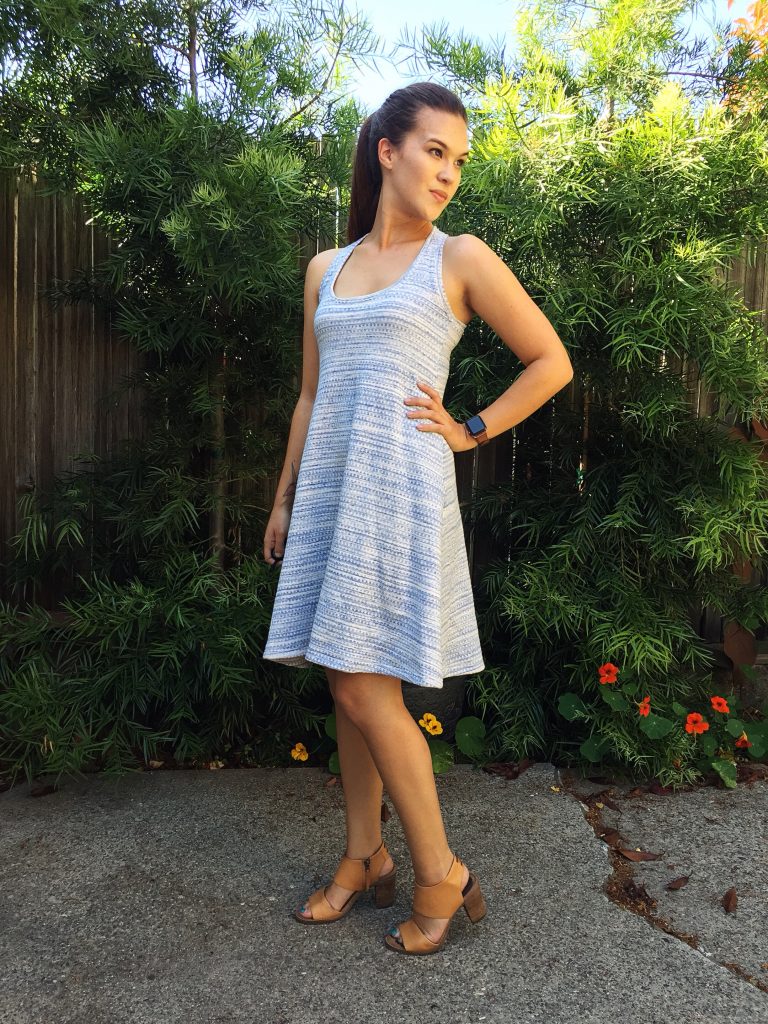 Over the past few years, I’ve clarified my sense of style a lot (thanks Curated Closet). And I tend to have pretty consistent silhouettes that I go for. Every single one of them features a defined waist. Why then, you might ask, did I decide to try a swing dress? Well, that’s a damn good question. 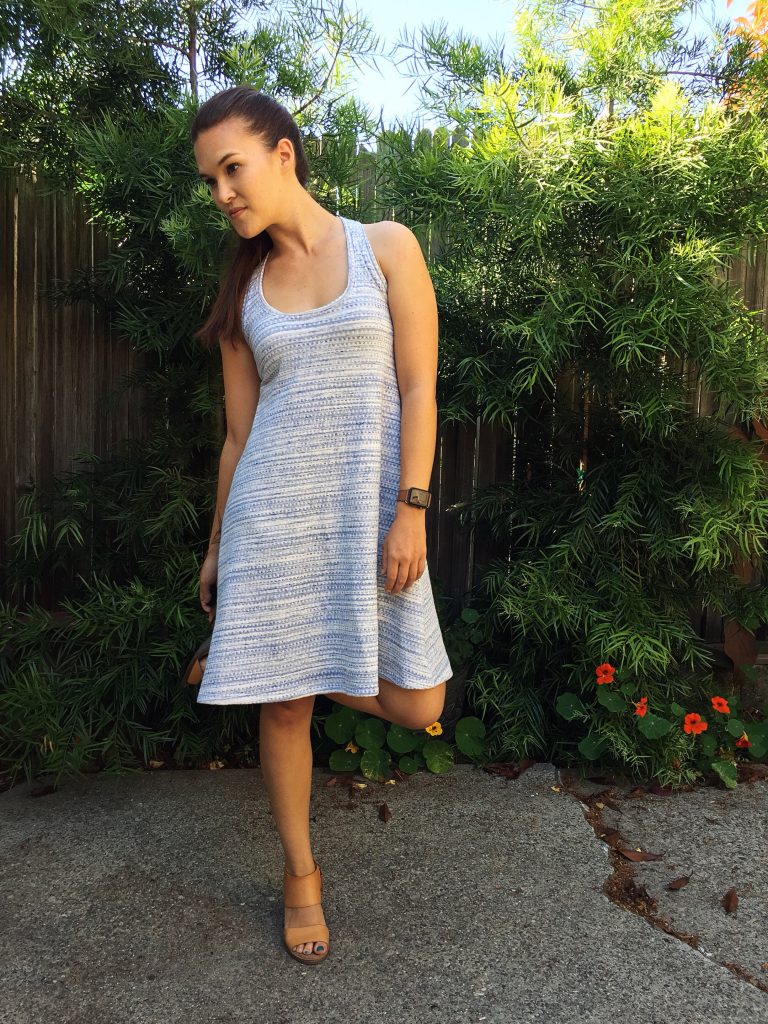 I kind of love the idea of swing dresses. They seem so comfortable and on some people, so effortlessly chic. Fashion seems to be going through this “linen therapist clothes from Chicos in the 90s” thing. And while I’m down in principle (not-so-secret-pajamas are still pajamas after all), in practice I usually just feel frumpy. 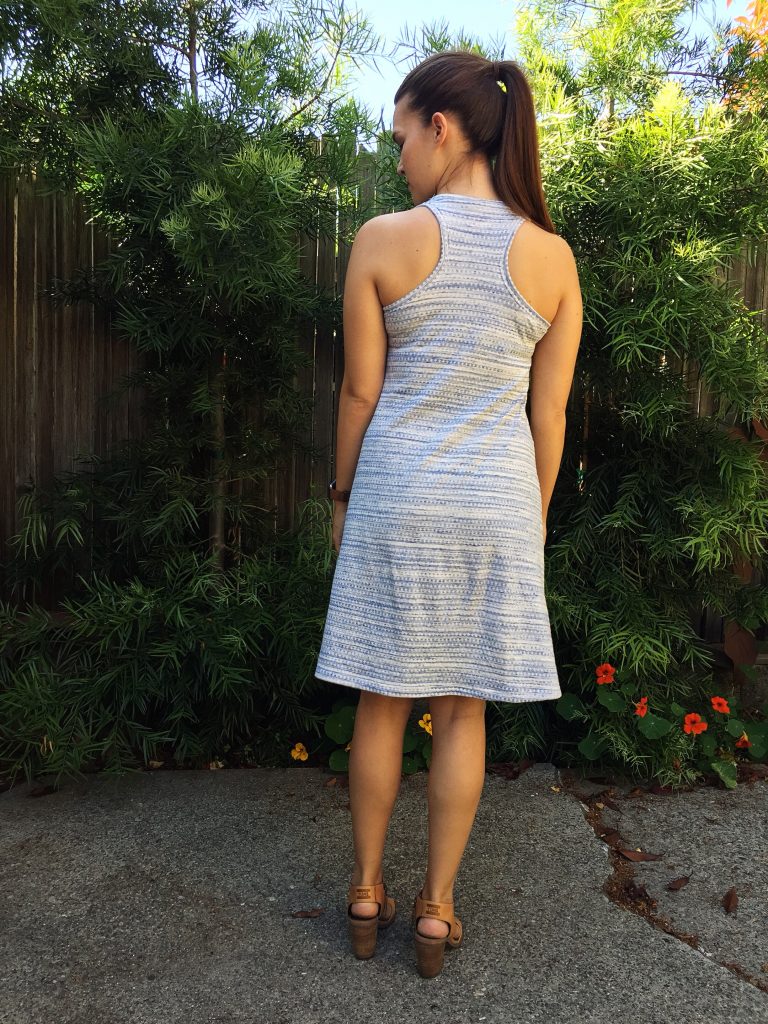 In an effort to try new things, I decided to branch out by basically the tiniest bit possible. I already love the Rumi tank, and have been wanting to try the Rumi dress version. I cut my normal size, which is I think a size 2. The hem band didn’t feel necessary to me, so I lengthened the main body of the dress by the length of the band. 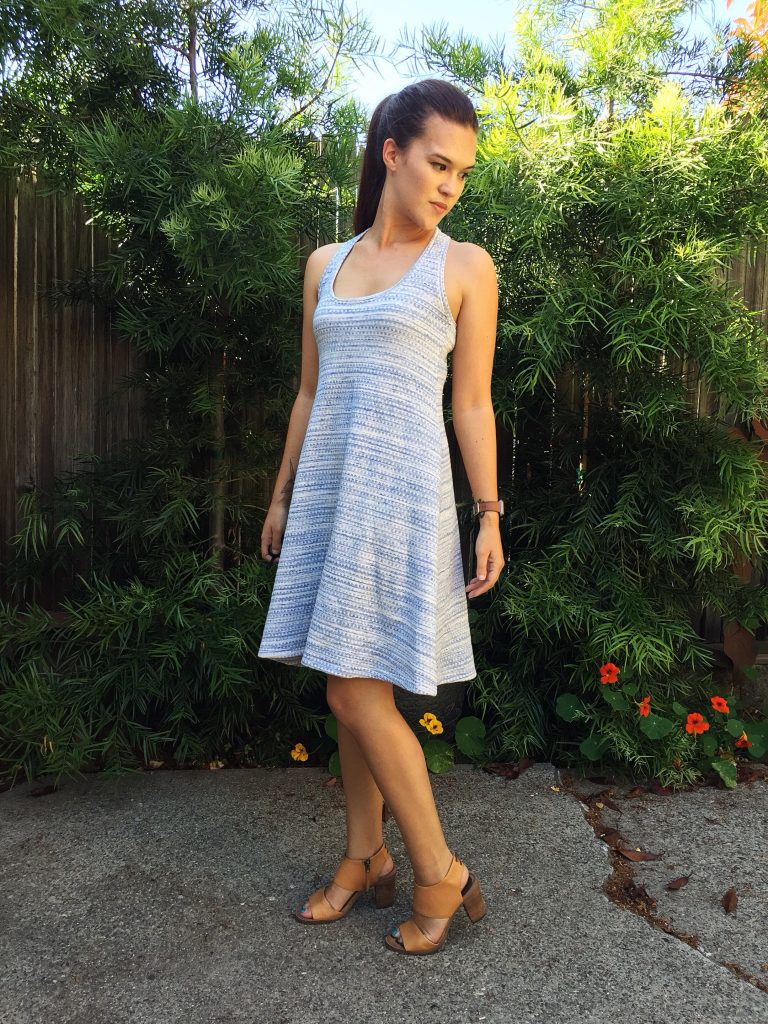 This is probably the closest I’ve come to liking something without a defined waist. And I think if I used a drapier fabric, I’d actually like it a lot. This is a double knit that, while quite breathable, does hold its shape. It makes the dress a lot more architectural than I intended. It definitely looks great from some angles, but whoa boy not all of them.

But I’m not giving up on the swing dress quite yet. I’d like to try this again in a rayon jersey I recently picked up from CaliFabrics. And, as though I did this on purpose, my cousin (the only person I voluntarily sew for because we’re exactly the same size with very similar style), is currently going into her third trimester of pregnancy. Her previous two babies have been winter pregnancies, so she doesn’t have much summer maternity wear. So I happily sent this off to her, and she’s loving it. Maybe the whole problem with this dress was that it wasn’t actually supposed to be for me in the first place.