Holy blogging hiatus Batman. Somehow it feels like every year, when school starts back up, I lose my sewjo HARD. I’ve started to learn this about myself; when my routine changes dramatically, I basically have to rethink all the ways in which I’m spending my time. When I go back to work after summer, my exercise looks different, my sewing looks different, my time spent with friends looks different. And if I don’t plan for it, all those things kind of disappear until I figure my routines out again.

All this to say that I haven’t been feeling excited to blog. So I didn’t. Not like I didn’t have things to share. I actually have like 6 things I still haven’t shown from my crazy summer burst of sewing and a bunch more from my fall list. But I was mostly just following my excitement and for the last 8 or so weeks, that apparently didn’t include much sewing or blogging.

But I’m back, I think. I spent last weekend making JEANS with Lladybird (!!!). And most of the weekend before sewing something that’s been on all of my to-sew lists forEVER that I’ll share soon (as soon as I unpick it and insert the zip properly, haha). But today I want to share what is, I think, my favorite dress I’ve ever sewn. And also the garment that surprised me the most so far.

When I was visiting one of my best friends in Southern California, I dragged her with me to the LA garment district. It’s a special kind of love for a non-sewist to willingly co me along fabric shopping. We spent most of our time at Michael Levine and the Michael Levine loft. Whilst digging through the buy-by-the-pound fabric (yeah… let THAT amazingness sink in for a second) I found this amazing brushstroke knit. I think it was around $2 for 2.5 yards. It feels like a poly something and has a nice weight and drape to it. I had absolutely no idea what to do with it when I picked it up. 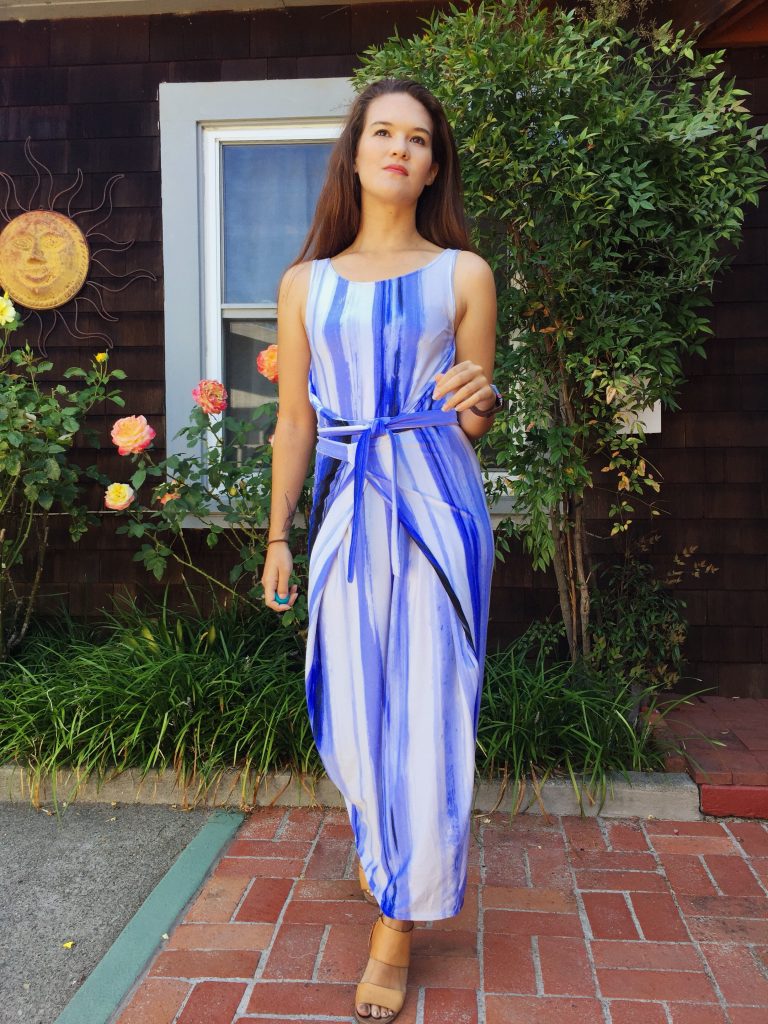 I think this fabric had strong opinions about the life it wanted to live because as soon as I got home, I could NOT get the Kielo Wrap dress out of my head. This pattern had not previously appealed to me. At ALL. Generally things that resemble the anatomy of a flying squirrel are not my jam. Go figure. But now that I’ve made a couple (my amusingly disastrous second attempt will be up on the califabrics blog soon), I am a hardcore Kielo fan girl. 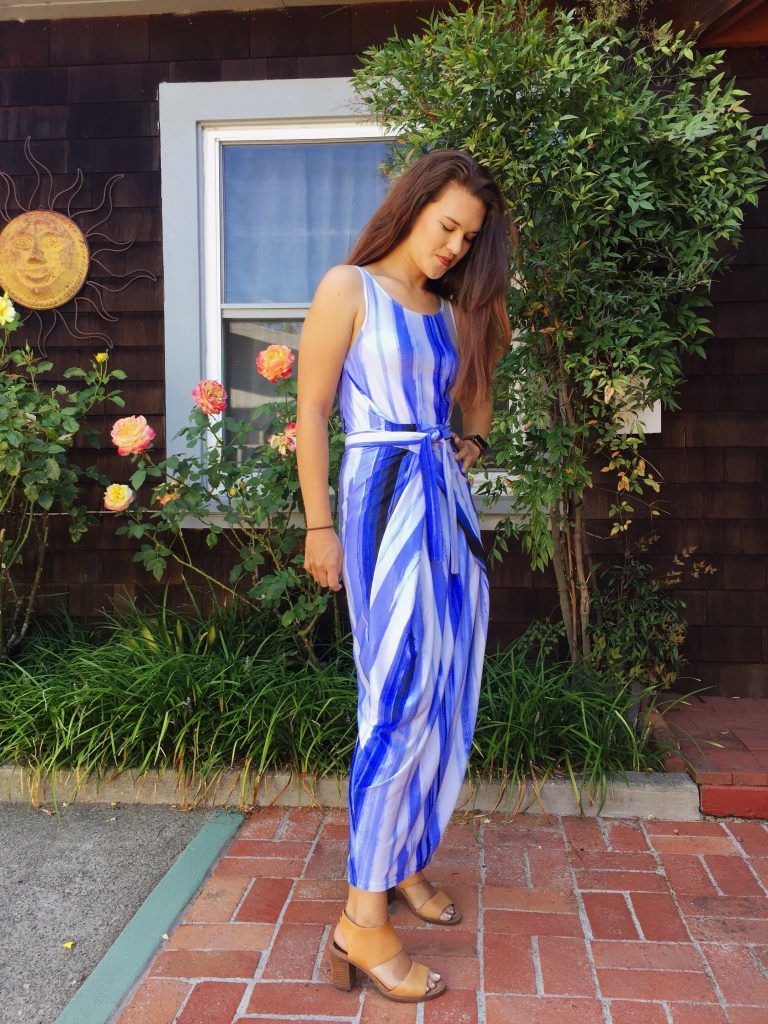 I cut this dress on the cross grain, because I wanted the stripes to run vertically. I think this probably made it stretch a bit, but nothing that couldn’t be solved with some hemming. A word of caution: dear god interfacing the ties is not optional in a knit. They will streeeetch without it. (Seriously, ask my soon-to-be-blogged second version how I know that).

My only problem with this dress is the construction of the armholes and the finishing of the neck. The directions specify to turn both under and stitch, or you can use bands which you fold under like bias binding, but thicker and bulkier. I have now tried both of these methods and hate them, though somehow I hate the bands more. For this Kielo I just folded under and coverstitched. It gets a bit fiddley around the base of the arm, where you’re pretty much just folding under the squirrel wing. I found the armscye markings way too low and ended up raising them probably two inches, but that may have been because of the vertical stretch in my fabric. I think for my third one I’m going to try a proper knit bias binding to finish the arms and neck. 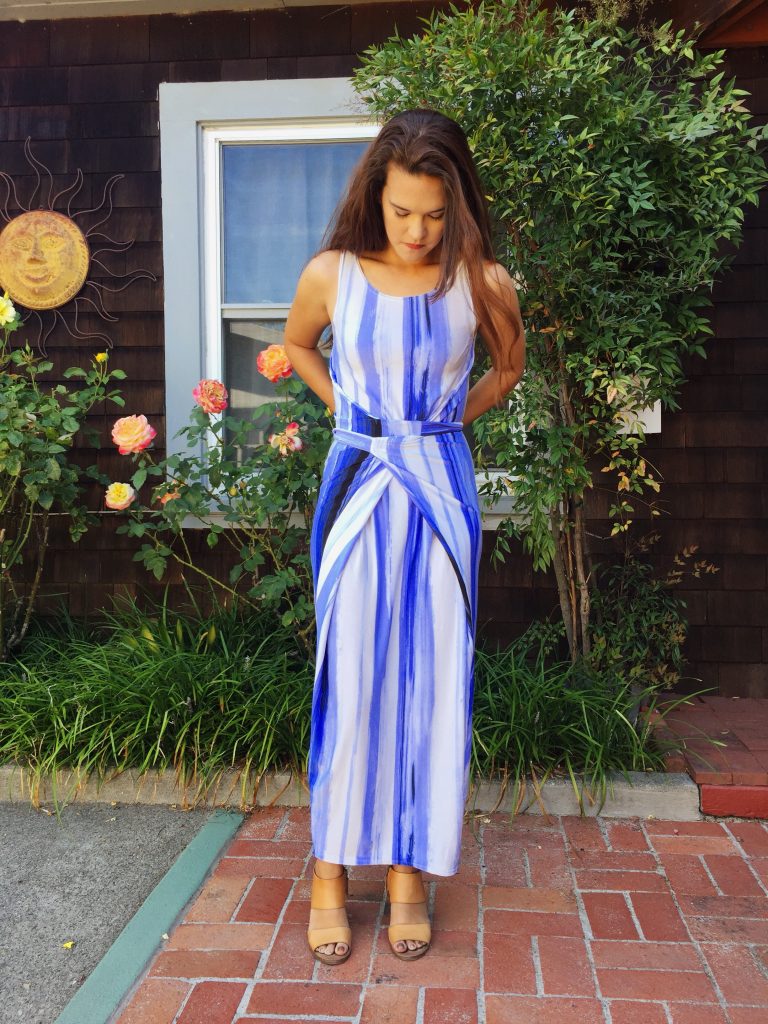 The Kielo is so flattering when you cinch it down around the waist. I wore it to a friend’s recent wedding at an outdoor garden center and it was just the perfect dress. Easy to move, sit and dance in, comfortable to eat way too much cake in, and made me feel chic and glamorous the whole day. 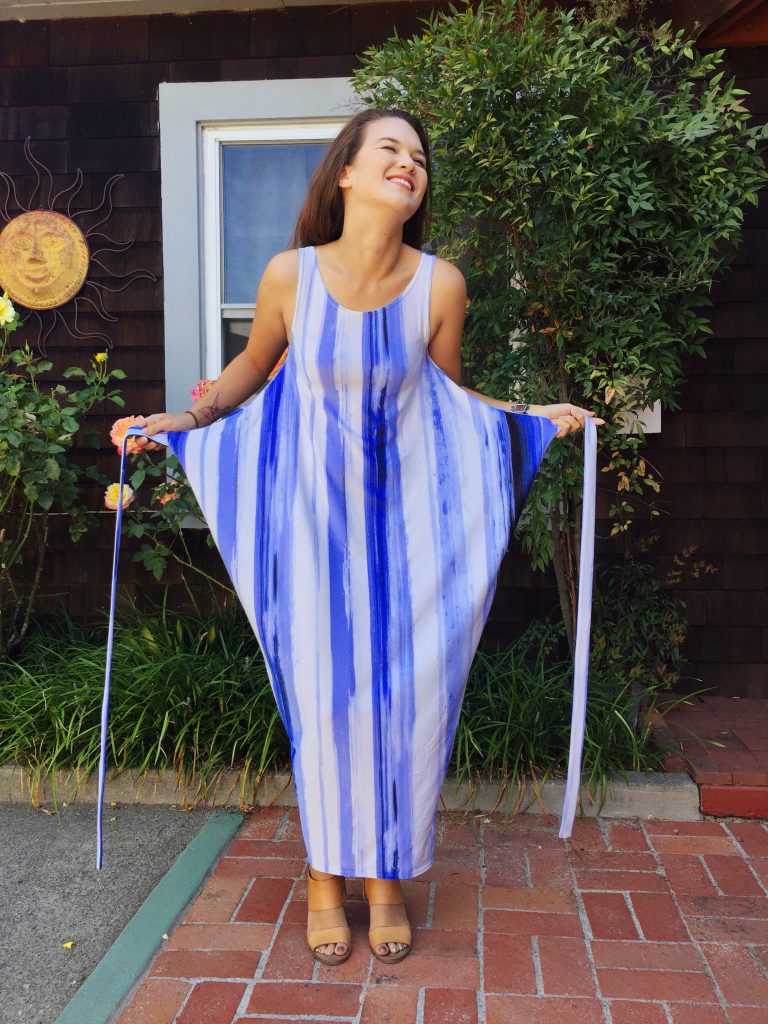 I wish I had more occasions to wear this dress. It’s probably the fanciest $2 dress I’ll ever make, though who knows. (See my unexpectedly fancy $3 dress here). Apparently I have a habit of making stupidly fancy dresses out of dirt cheap fabric. 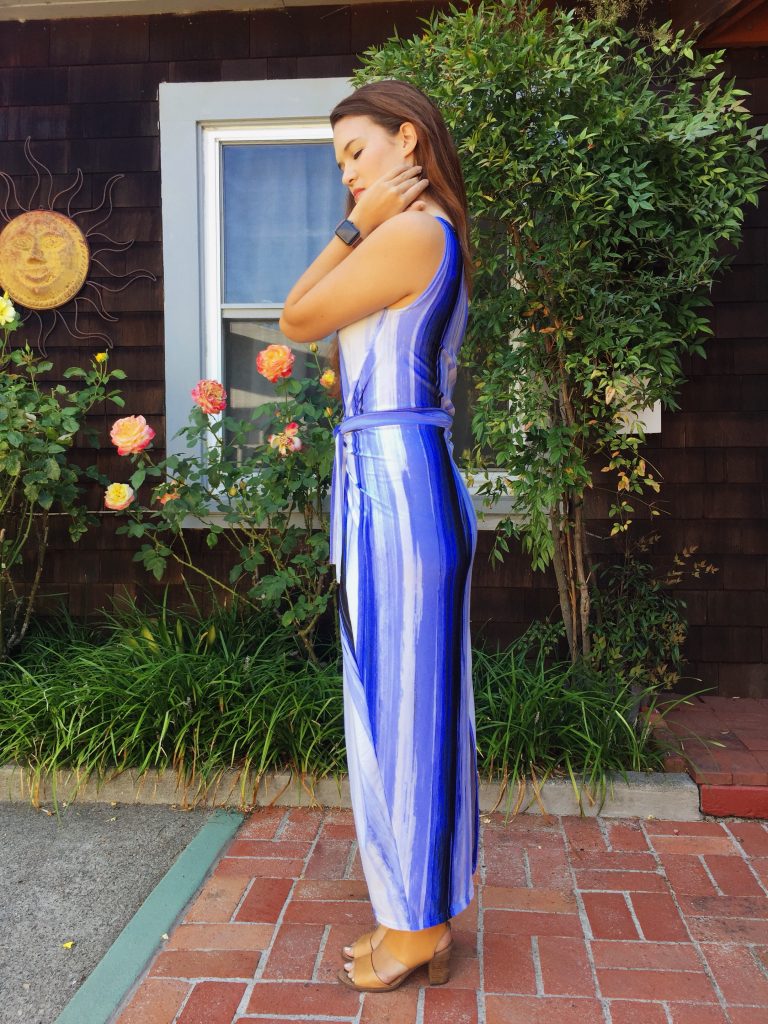 What’s the fanciest cheap garment you’ve ever made?