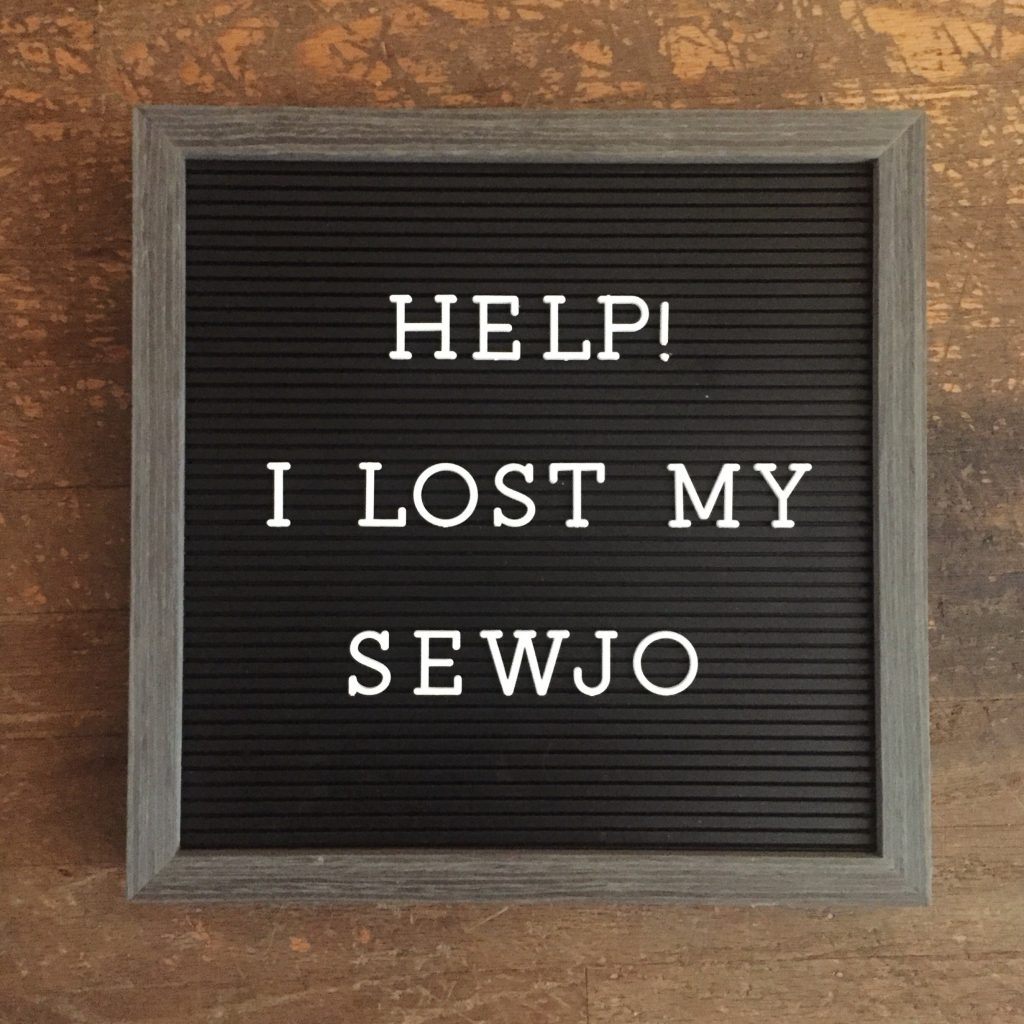 I lost my sewing mojo (or “sewjo”) HARD right at the end of summer break. It’s hard for me to maintain routines when seasons transition, especially coming back from summer. I work as a school psychologist in public schools, so I get summer off, which I recognize garners no sympathy from anyone. But it’s tough to navigate such a large shift in how you’re spending time. Yes, I know what this sounds like. “Boo hoo, it’s hard to go back to the real world and make time for your hobby after 6 straight weeks of vacation.” And yet, that’s generally what happened.

This isn’t for lack of projects or inspiration, almost the opposite. My sewing queue is never longer than it is right at the end of summer. I spend about a solid month letting the creativity flow freely, with almost no constraints, and let me tell you – creativity breeds more creativity.

And all of a sudden, my long uninterrupted afternoons disappeared, and then the choice becomes spending time with the people I love, or sewing. Or going to the gym, or sewing (#realtalk, during this period, I chose neither of those things). Or recovering from the adjustment back to work, or sewing. And then sewing becomes not a restorative practice, but a draining and burdensome one.

I think I’m mostly back, and I have a few things that helped me along the way, and maybe will help anyone else in a bit of a sewing funk.

1. Let the funk happen and listen to it

Okay, I just told you that I was going to help you get OUT of your sewing funk, but go with me here. If you’ve lost a bit of your sewjo, your body is trying to tell you something. Listen to it! For me, it was trying to tell me that I actually needed a little bit of time to adjust to my shifted work schedule, and after the first few draining weeks/months back, I actually wanted more human care and connection than creativity. Forcing sewing during that time would have depleted me MORE and ultimately taken me longer to get back to my machines.

Or at least put current list away for the moment. If anything on that list was going to light your hair on fire and get you back to your sewing machine, it would have already. That’s not to say you don’t totally want to make the things on your list or that you won’t eventually. But giving yourself a blank slate and asking yourself “what excites me right now?” can be a great way back into the groove.

3. Force yourself to finish some WIPs or tackle that mending pile

Yes I know this is the opposite of both of the first two points. Sewing funks are complicated and need lots of different tactics okay? Don’t we all have those projects that are all cut out and ready to go, or practically done but you never finished the hem? Completing some of those lingering projects can clear out some mental space and make you feel accomplished and rejuvenated. Sometimes, the longer we go without sewing, the harder/bigger everything feels and just doing a few small tasks can go a long way toward finding your enthusiasm again.

4. Clean and/or reorganize your sewing space

For like a month of my sewing hiatus, my studio was a certifiable disaster zone. I have a studio space separate from where I live, so it can be tough to clean up a bit here and there as I have to drive 5-10 minutes to get there. When I’m in my studio, I just want to be sewing. But then things get messy and pile up, and then I don’t want to be in the space at all.

My studio space isn’t well-laid out either, as it started it’s life as my apartment, before I moved in with my boyfriend. For financial reasons, it makes more sense for us to have two spaces, a living space  and separate creative space, rather than try and find a larger apartment (because Bay Area rent is brutal, and we both have pretty reasonable and stable apartments). But all that means that the space was never originally laid out with sewing in mind. Storage is a pain, and since nothing has a place, it just feels like it’s everywhere. Because it is. My boyfriend noticed I wasn’t going over there to sew much, and suggested revamping the space (getting rid of the bed etc. because again, I don’t actually LIVE there). And that immediately sparked a huge excitement and reinterest in sewing.

I’m still in the planning stages of the studio redo, so I don’t have anything to show yet, but I’m really excited about the whole process. And it made me so motivated to finish up some projects and clear out some things to really see what I need for the space. I’ll do a whole studio tour when I’m done. (And if you have any good #sewingspace inspiration, send it my way!)

So if you’re in that “meh” stage with your sewing, try cleaning up your space, or taking a few minutes to figure out if there are some things that are causing unnecessary struggles in your sewing space, and see what you can maybe do to fix them. Everything feels a little less difficult with a clean countertop.

5. Try out another creative hobby

Have you always wanted to learn to knit? Or watercolor? Or wheel throw ceramics? Perhaps you want to make a perfect macaroon? Maybe your creativity is telling you it needs something completely different to get it moving again.

During my sewing hiatus, I took some knitting classes, picked up embroidery again and decided to try my hand at watercolor (I’m terrible, but that’s part of the fun). All of those things moved me a little bit closer to getting back in the studio.

Several months ago, I signed up for a jeans making workshop with Lauren Taylor. I knew I could figure out how to sew jeans on my own, but I also thought I might not get around to it without the push of a class. Turns out, that was true, and this was also what I needed to start the slow reigniting of my sewjo. Bonus: I have a pair of jeans that fits just as well as my rtw jeans I love. More on that in an upcoming post.

Some of my first projects back from my sewing hiatus were simple knit shirts. I needed things I knew could be successful and get a lot of wear. I knew a sewing fail could scare away my newly returned, very skittish, sew-jo.

Look, I’m not going to lie, sometimes jump starting your sewing mojo is hard, and takes a long time. It’s sort of like pushing a car from a dead stop. It takes a hell of a lot of effort, and it seems like nothing is moving at all. But then you feel a just little give, maybe a half inch, and then a little more. And before you know it you’re moving and it’s not so hard anymore. The trick is to do enough little things until you get that first tiny feeling of movement. And then keep pressing forward.

What helps get your sewjo back? Have you used any of these before?