Let me tell you about my hilarious complete and total failure at the 10 by 10 wardrobe challenge. So I’m listening to the Love to Sew podcast (because duh),  and hearing Helen and Caroline talk capsule wardrobes. And I got all inspired/excited and threw together a 10 by 10 capsule almost immediately. And then I got two days into it and went “ehhh” and stopped. I realized that I mostly had jeans and tee shirts, and while that’s my usually daily wardrobe, with such limited variety I felt like I was basically wearing the same thing every day. Which, to be fair, I pretty much was. 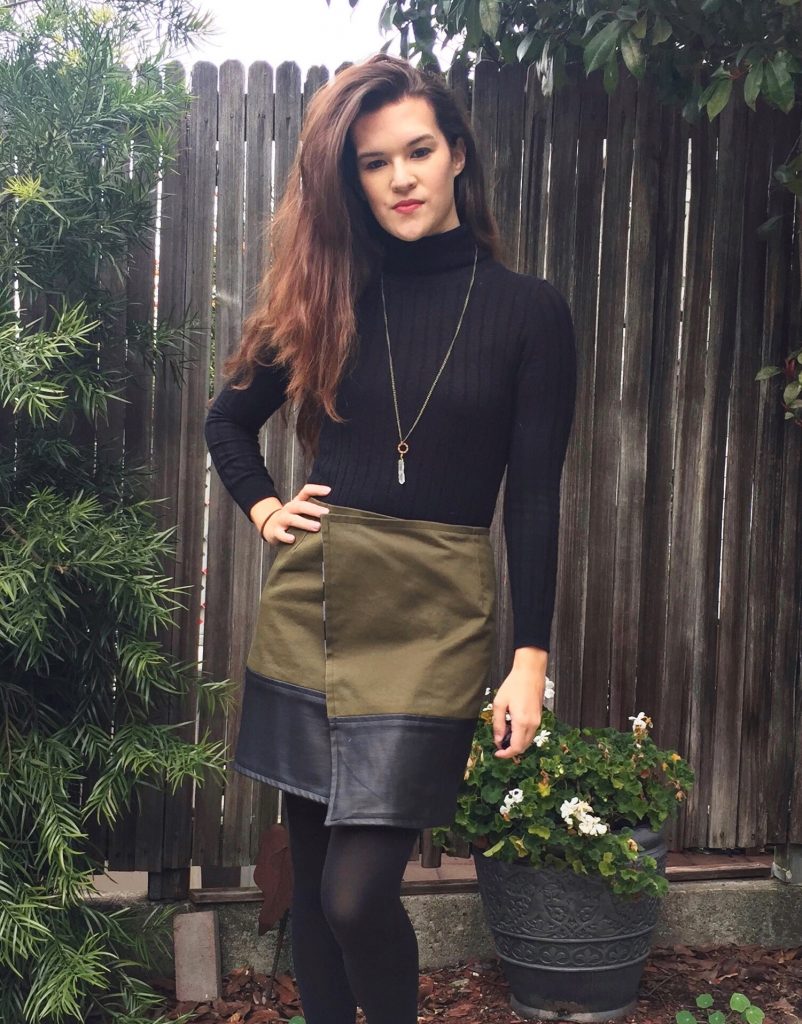 One big hole in my colder weather wardrobe is skirts and dresses, so I basically only had one silhouette in my capsule. I think that’s a big reason I got bored only two days in. So, I’m working on fleshing out my winter wardrobe holes. Enter: Seamwork’s Osaka skirt. I haven’t seen a lot of these on social media, which is a shame, because this thing is awesome. 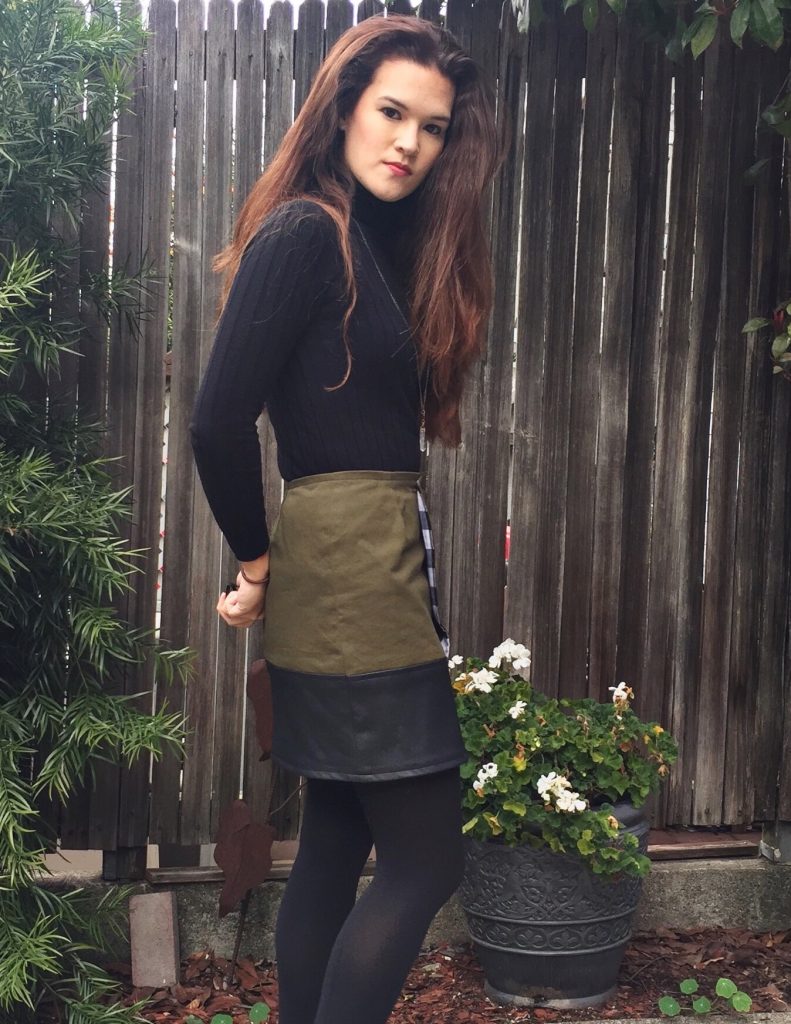 The Osaka Skirt is a reversible wrap mini skirt with button closures and color blocking. It’s a perfect stash buster and uses up those small bits of fabric that are too small to do anything useful but too big to throw away. I had a little bit of the olive twill leftover from my Kelly Anorak, and some faux leather from my Blackwood Cardigan. The buffalo check I pulled from my stash for the reverse. I actually used the reverse side of the faux leather for the buffalo check side, and the leather side for the olive side. The softer texture of the back is really nice, and using both sides gave more variation to the skirt. I cut a size zero and barely used 1/3 yard each. 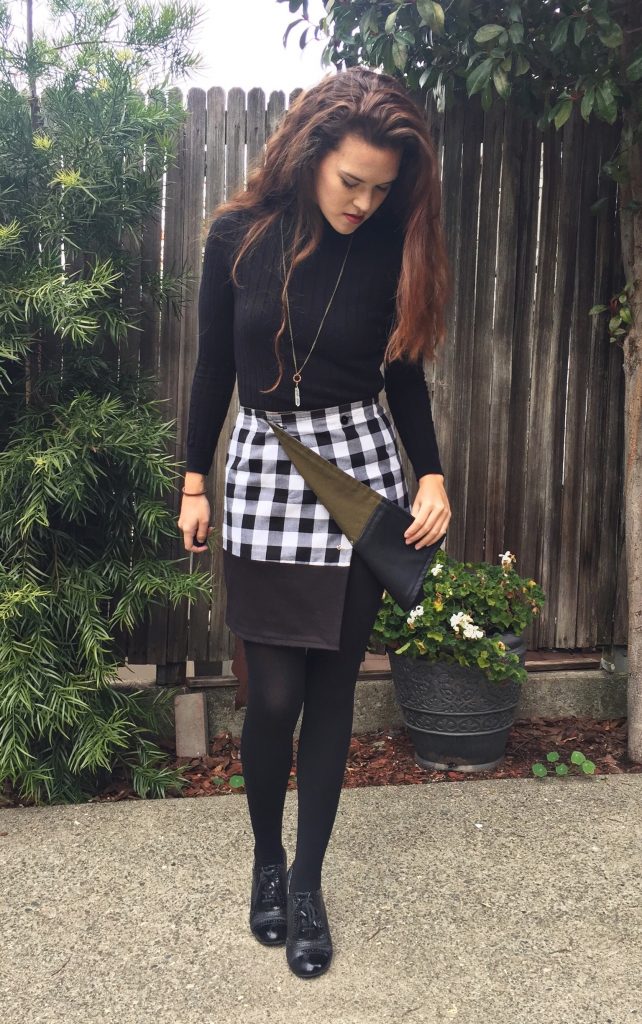 The instructions can get a little confusing when it comes to cutting. You’re basically making two mirror images of the skirt and sewing them together. Add to that that I was intentionally using both the right and wrong sides of my fabric, and I had a total spatial reasoning nightmare. Essentially, I had to stare very long and hard at the pieces before cutting. The fact that I only had to recut one piece feels like a huge win. But once you’ve gotten it all cut, it’s  an absurdly fast sew. Like an hour, maybe an hour and a half. For real. 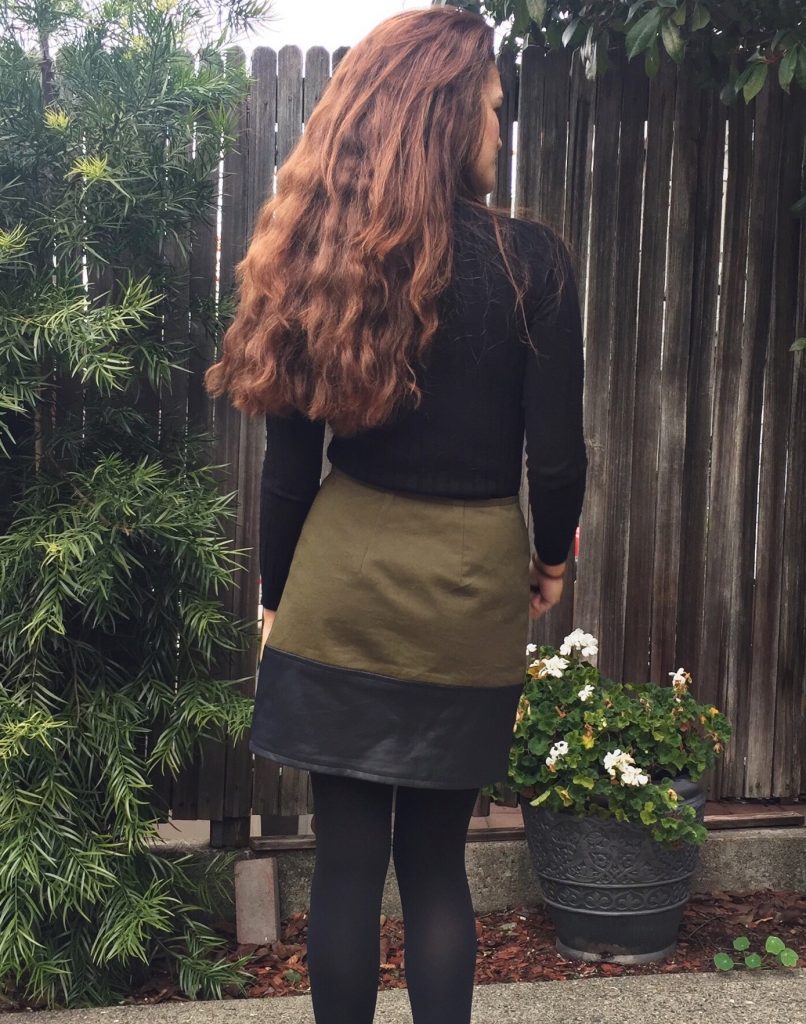 I used some vintage buttons from my late grandmother’s stash. I’ve said it before, but I love using her old sewing things and giving them a happy home. I think she’d love that too. 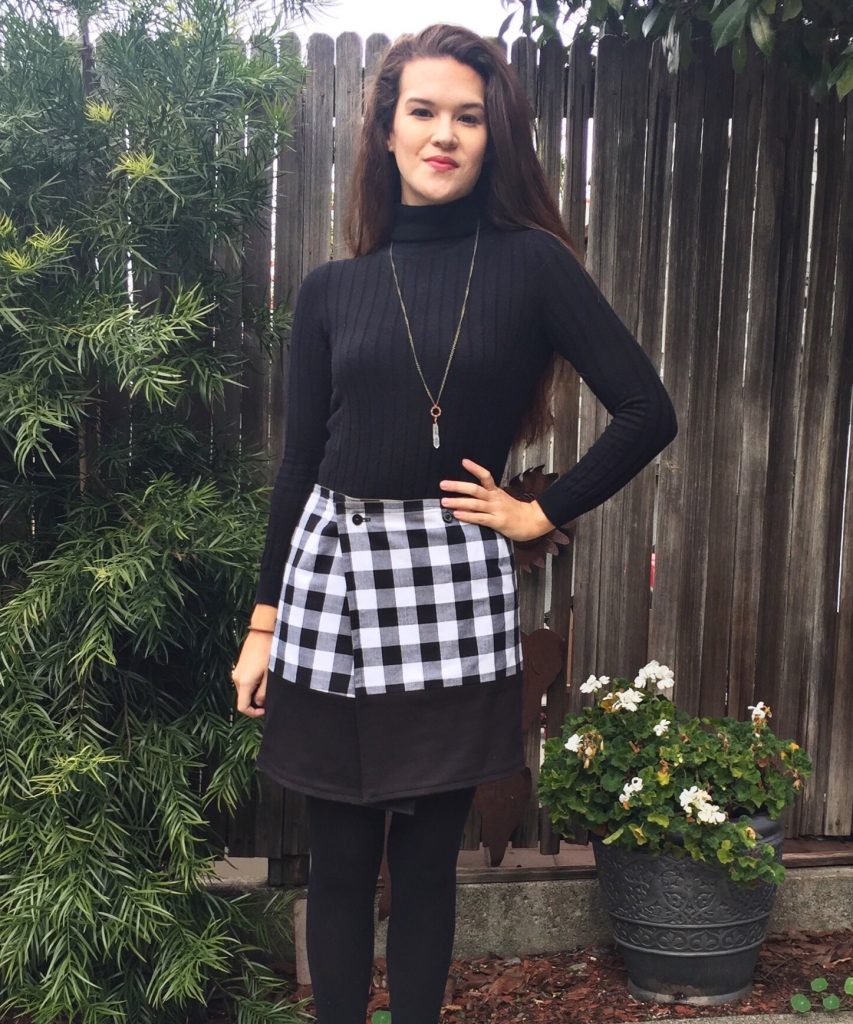 I sewed a snap to keep the overlap closed, but it’s pretty weak and pops open a lot when I sit. Not too big of a deal though, since the overlap is big enough not to flash everyone anytime I sit down. And pretty sure I had to sew these buttons 3 times total (once extra because I didn’t sew them far enough in and the skirt was about an inch too big, and once because I sewed one of the buttons on upside down…). So. Over. It. But I’m glad I did it because now it fits much better. I love that you can adjust the fit by just changing the buttons and snap. 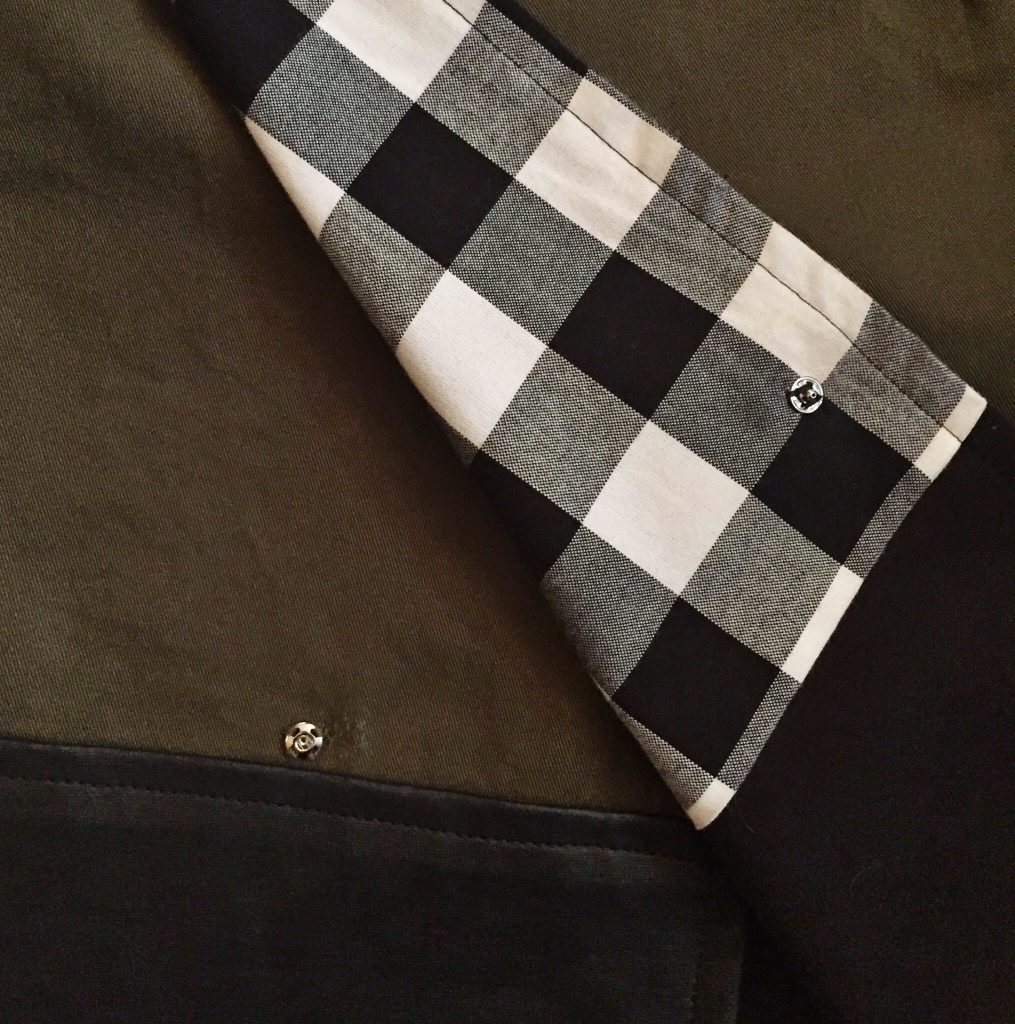 This is such a great winter skirt, which I think will transition seasons well too. Though I’m not 100% certain that I am in love with this, but it’s working for me for now. And bonus, it’s two distinct looks, which are still neutral enough to go with lots of things in my wardrobe. If I ever try a 10 by 10 again (which I might!) this will be a total game changer. Plus the added bonus of a whole new outfit if* (*when) I spill something on myself…. Maybe all my clothing should be reversible….